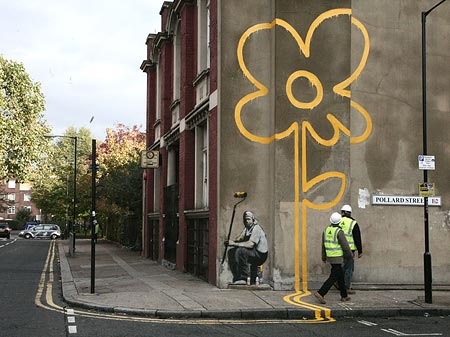 Banksy, despite not calling himself an artist, is from Bristol, UK, whose artwork has appeared throughout London and other locations around the world.  Despite his great success in the street art scene, he has managed to keep his name hidden from the media.  Many newspapers have asserted that his real name could possibly be Robert or Robin Banks. His political visions which he displays in urban settings are simply and utterly amazing.  Although many classify this as vandalism, I see it as shear brilliance.  His “Elephant in the Room” show created a huge ordeal with animal activists for animal cruelty, however once again I saw otherwise. Banksy uses his original street art form, combined with stenciling techniques, to display alternative aspects of politics by those promoted by the media.

Here are a couple examples of some of his work. 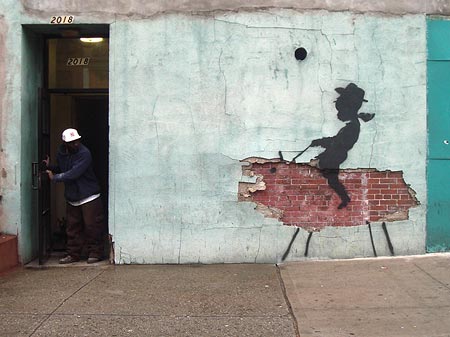 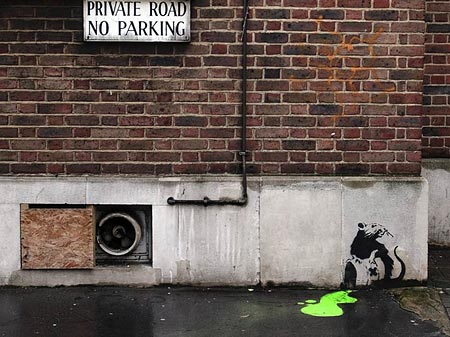 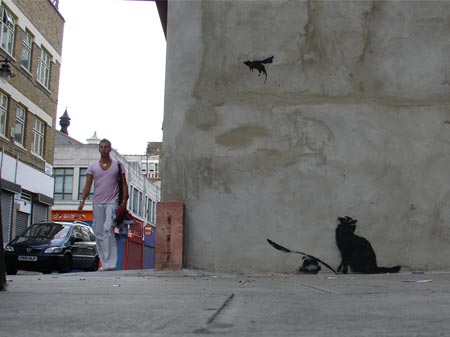 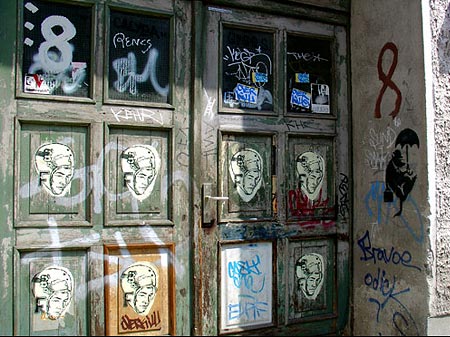 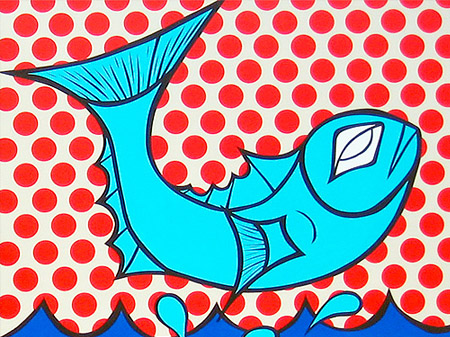